View of the baptistry mural from the balcony of South Fork Church of Christ in Winston-Salem, NC.

As the photos zoom in closer to this baptistry mural, you may question why we decided to include this particular baptistry in our blog. Read on!

Your eyes do not deceive you–this is not a baptistry painting but rather, a large baptistry mural which happens to be a photograph. In the lower corners, you can see a tiny bit of the handrails which lead into the baptistry.

View to the left, which is the side from which the men enter.

View to the right, which is the side from which the women enter. 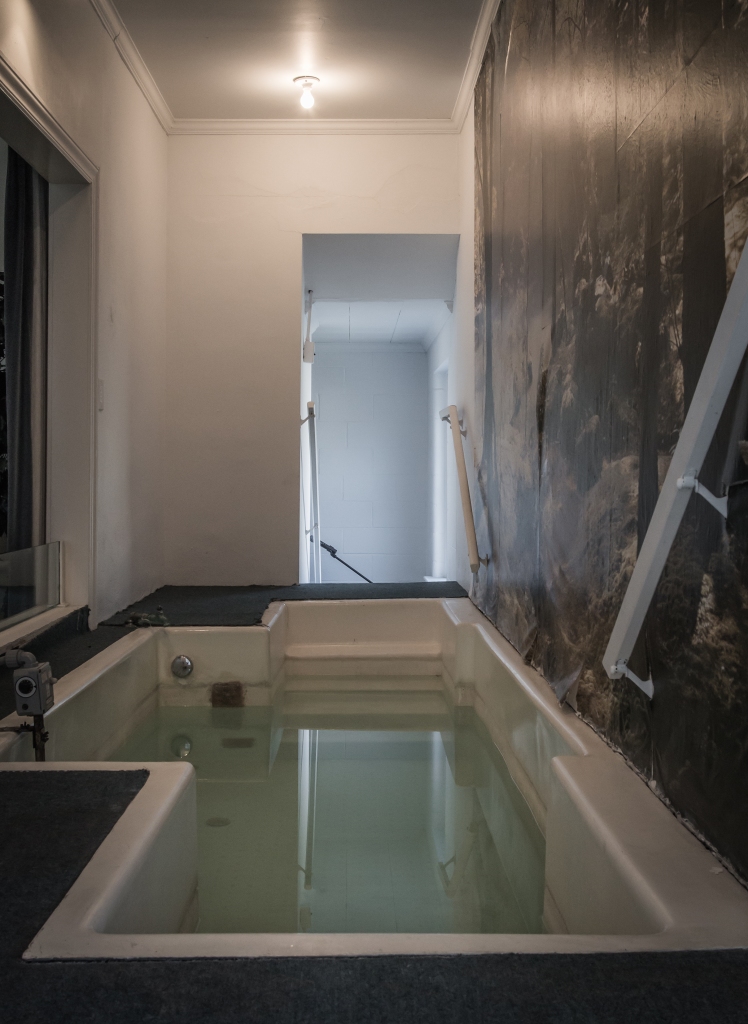 View from the women’s dressing room and entrance. Notice that the pool is full of water. This church keeps the pool full at all times, so that a person who wants to be baptized can be baptized immediately and not have to wait. 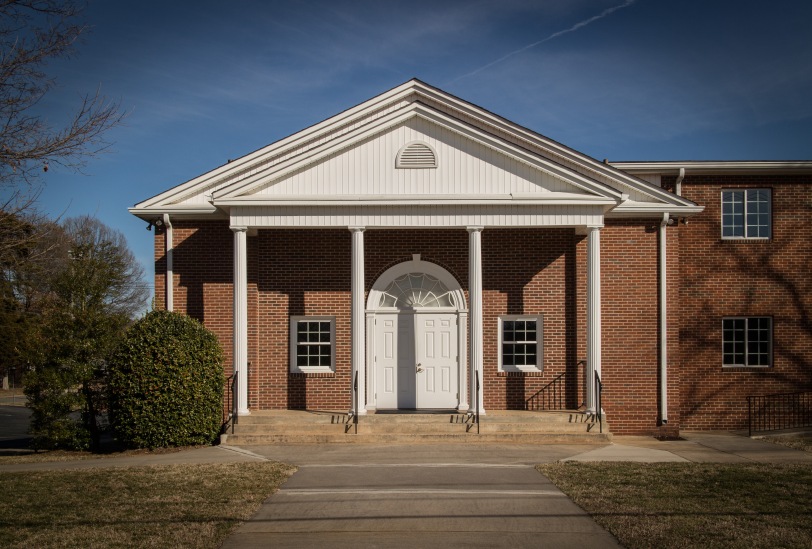 View of the main entrance of South Fork Church of Christ. 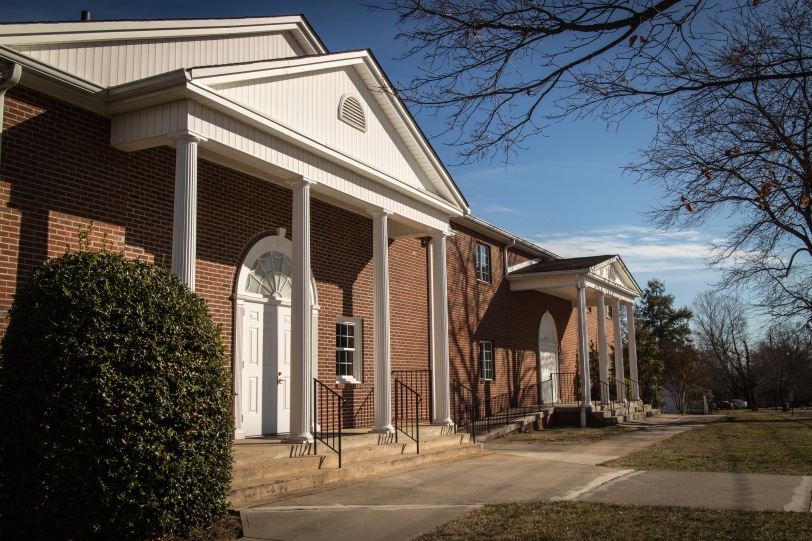 View of both entrances, including the handicapped entrance to the right of the main entrance.

Sheila’s notes: Some of you may wonder why we chose to include in our online collection this baptistry mural, which is not a baptistry painting, but rather a photograph on wallpaper. The pastor of this church informed us that a former pastor and his wife purchased this wallpaper from a local wallpaper store and hung it in the baptistry in 1987. I felt that it was important to include this baptistry mural for two reasons.

First, in the early 1980’s, when I had just graduated from a university with a Bachelor of Fine Arts degree in Painting and Printmaking, the art world was changing. I got my first “real” job after college working in an art gallery and picture framing studio that specialized in selling offset lithographs (photographic prints made by printing presses) of North Carolina artists’ original works. These lithographs were signed and numbered by the artists. In art school, I had learned how to make real lithographs (using large lithographic limestones). I had also learned how to do other forms of printmaking, such as etching, serigraphy and black and white photography. These forms of printmaking were considered more “original” than the popular offset lithography, mainly because there were limits to how many prints you could make from a stone or a zinc plate without the quality degrading. I think the largest print run I ever did in etching, using a zinc plate, was an edition of 25 prints. In offset lithography, however, an artist could make unlimited print runs of their original work. He or she could do a limited run of 1000 (or more), for example and sell them as “original signed and numbered limited edition prints” with print #1 being the most desirable, even though there was no change in quality from print #1/1000 to #1000/1000. (There were also prints called AP or Artist’s Proof prints. In etching and lithography, an artist’s proof is the first print that the artist makes that becomes the standard to which all subsequent prints are compared; the final print made must be as good in quality as this artist’s proof. In offset lithography, the artist’s proof is just another print and supposedly the first one, but which has this designation and for which the artist can charge more.) The point was this: the artist could make a lot of money off one original painting and at the same time make a work of art available for a reasonable price to the average person who might not otherwise be able to afford an expensive original painting. There was a great debate about whether or not these offset lithographs were real “art.” There was no debate that artists made real money by selling their art this way! So, I find it interesting that this baptistry wallpaper mural was done at a time when people wanted art, and if they didn’t have the funds to invest in a real painting, this was certainly a way to bring beauty into a church’s baptistry without needing to spend a huge amount of money for it. The pastor and his wife who hung this wallpaper no doubt wanted to give their church a gift of something beautiful for the baptistry. The Church of Christ denomination does not believe in having “icons” in their churches (like crosses hanging on a wall, for example), but in a few instances baptistry paintings or murals hang in their sanctuaries. One of the more famous baptistry painters many decades ago was a woman, Blanche Perry. She painted baptistry paintings in many Church of Christ sanctuaries, quite a few of them in Texas and Colorado. A wallpaper mural like the one at this church, though, is probably unusual. It’s certainly the first one I have seen.

Second, the debate still rages as to whether photography is considered “art.” I did take two semesters of photography in art school, but it was in black and white photography, which a lot of people consider to be more “art” than color photography. Some people say that photographers are NOT artists and many photographers disagree with that. I will let you, the viewers, decide about that. That this particular photograph was done on wallpaper might diminish its reputation as “art” in some viewers’ minds. Art is subjective, so all of this can be debated.

Though the mural at South Fork Church of Christ is not a baptistry painting, it likely was viewed as a work of art in the minds of the former pastor and his wife and of the congregants who supported their efforts to bring some view of God’s creation into the sanctuary to create an environment for the baptismal experience.