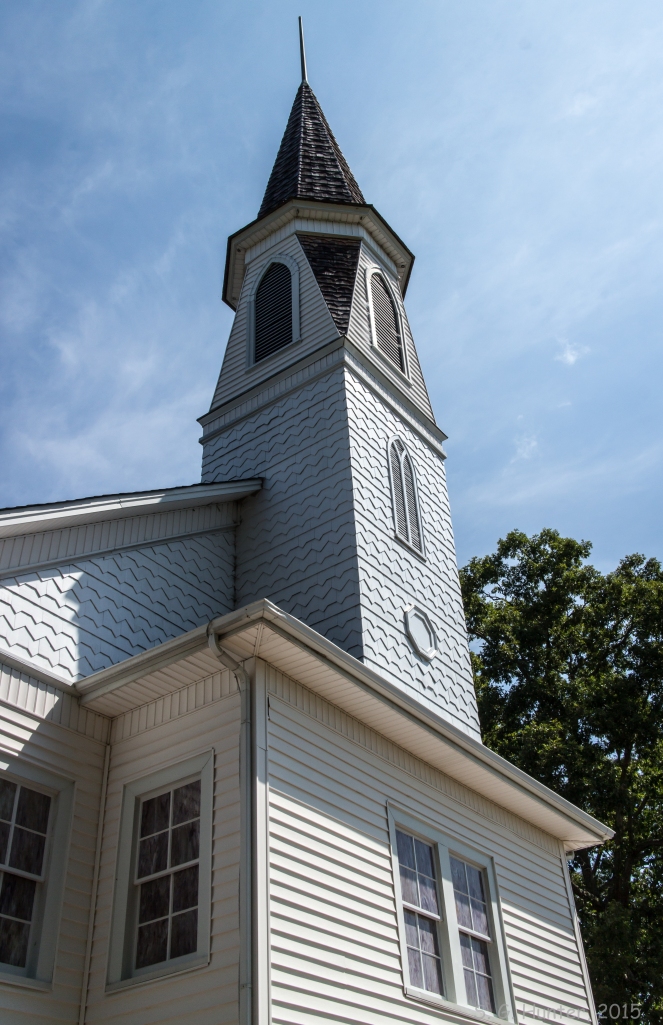 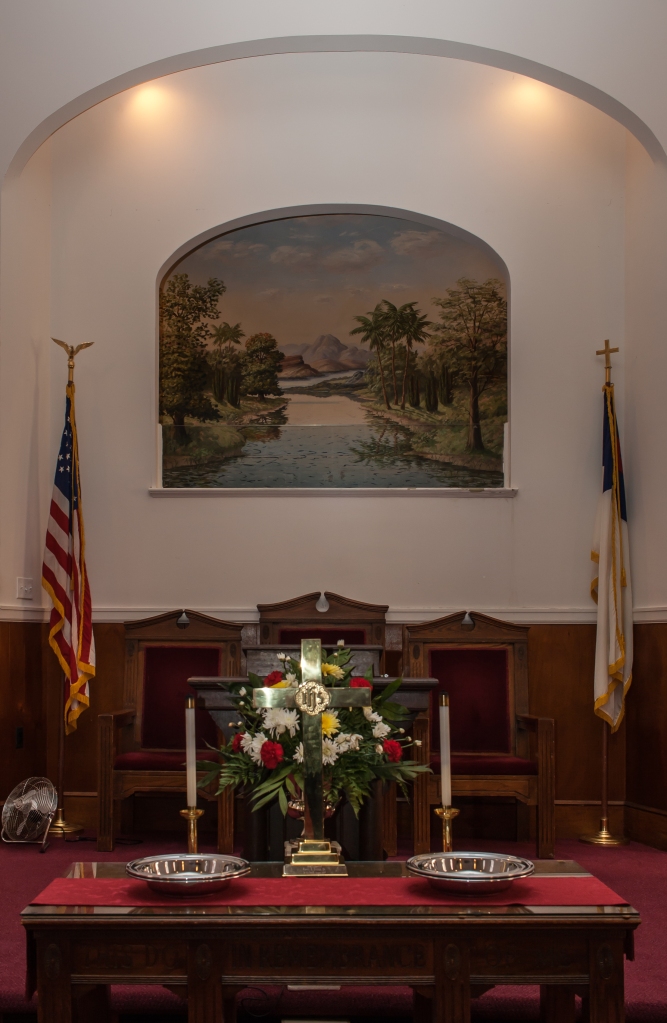 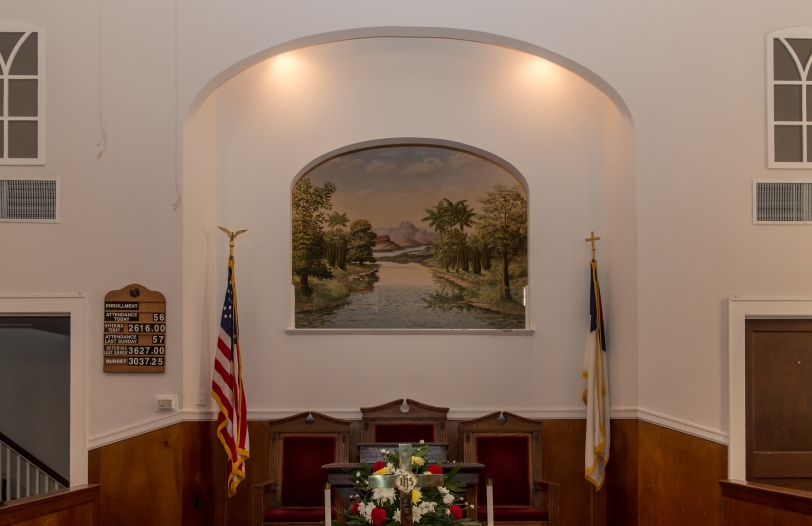 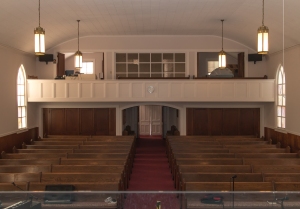 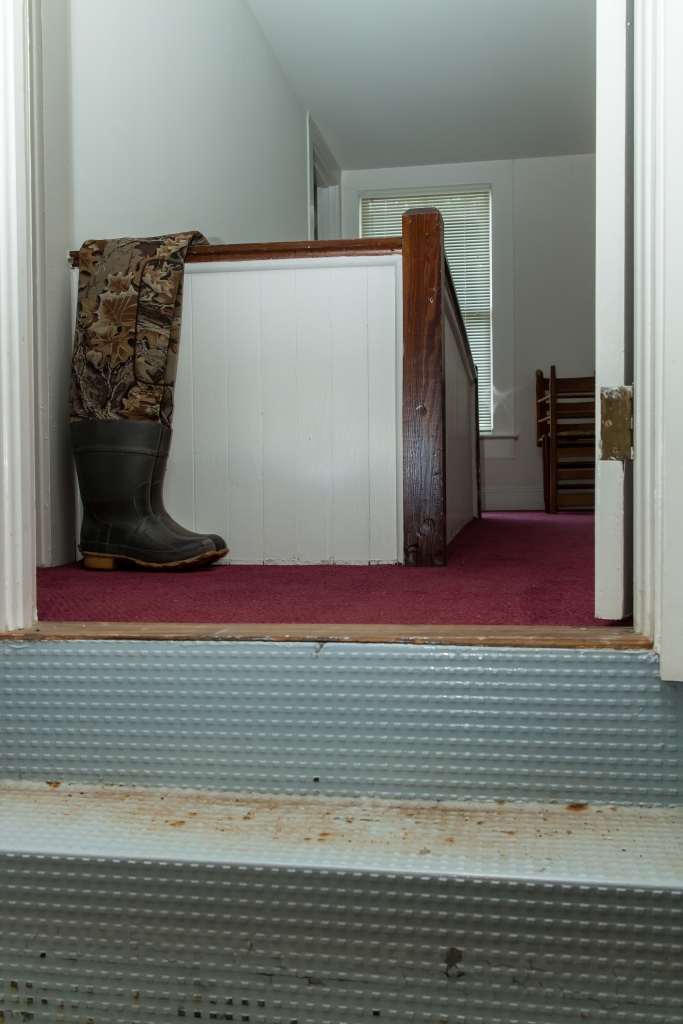 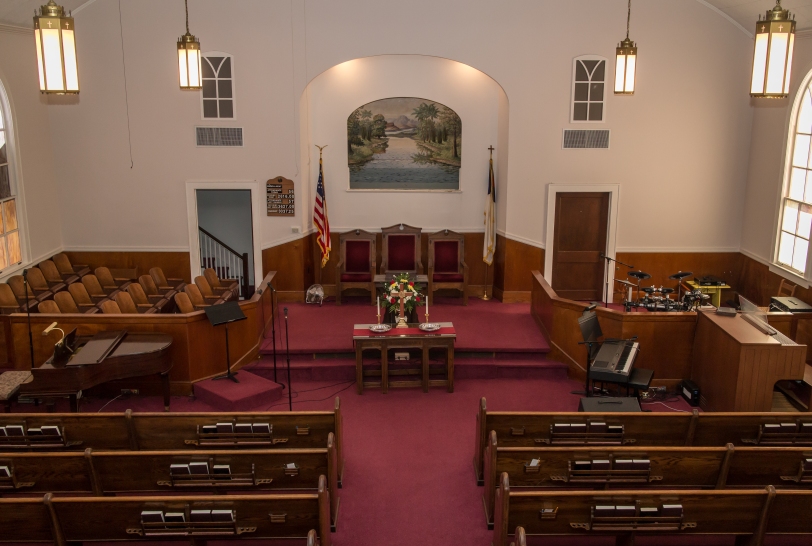 The baptistry painting by Walter Keul was commissioned to be painted in honor of Mr. Thomas Miller and in memory of Mrs. Mary Austin Miller in October 1957.

Kendalls Baptist Church in New London, North Carolina, was founded in the 1820s as an “arm” of the Rocky River Baptist Church. According to the church’s history, written in 2002 by church member Eugene Pickler, the church’s initial meetings were held under a brush arbor: “The term brush arbor refers to a structure made by building a wooden frame and covering it with tree limbs full of leaves. . . Logs were placed under this makeshift roof to provide seats for those people attending services.” The present church building was constructed in 1905.

Pickler writes the following about the church’s baptismal practices:

“In the early 20th Century, baptisms were done at a spot in the creek on the east side of the church which was deep enough to submerse people. . . This was always inconvenient, so in May 1919 the church voted to build a baptistry on church grounds. . . The baptistry was built about 200 feet northwest of the church building in a wooded area where the ground served as a natural amphitheater overlooking the baptismal pool. It consisted of a building and a pool. The pool was in the ground and lined with concrete. It was square and possibly four feet deep. The pool was filled manually by hauling water and was drained through a pipe that went downhill from the bottom of the pool. Steps led down into the pool from the building. The building consisted of two dressing rooms, side by side, and a roof area that extended out over the pool. The baptistry was used from 1919 until 1956 when the church sanctuary was remodeled. At this time, the indoor baptistry was installed. The baptistry building was sold and moved to the William and Kathryn Ross property approximately three miles northwest of the church, where it was remodeled and used for many years by Kathryn Ross as a beauty shop.”